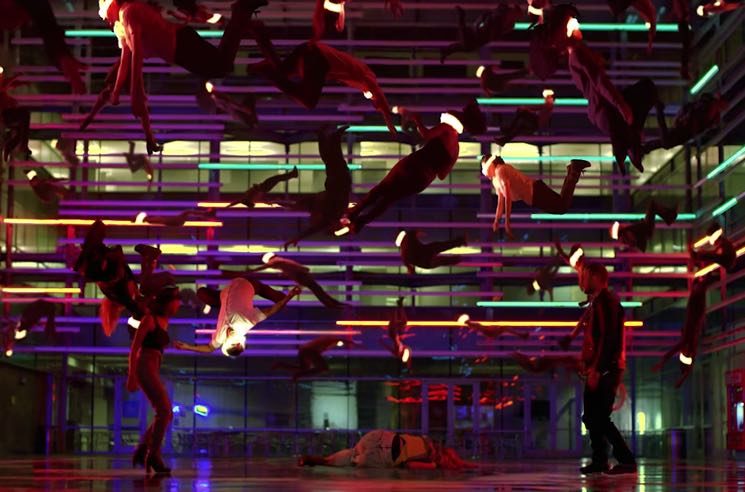 Flannel enthusiast Justin Timberlake has just unveiled another clip from his forthcoming album Man the Woods. Following the video for “Filthy,” the Pharrell Williams-assisted “Supplies” has now been given the visual treatment.

The clip opens with Timberlake sitting in a room staring at a wall TVs broadcasting images the Harvey Weinstein, police brutality and Donald Trump — as well as the ensuing protest movements against them.

When Timberlake goes into the outside world, he and his female companion work their way through a number bizarre, futuristic settings before eventually ending up in a post-apocalyptic wasteland. At the end, a little girl emerges from the rubble and yells into the camera: “You’re still asleep! Wake up!”

Watch the video for “Supplies” below.

As previously promised, Timberlake will release a video each week in the lead up to his album’s release.

Man the Woods ficially arrives on February 2 RCA, and you can see his recently expanded tour dates here.