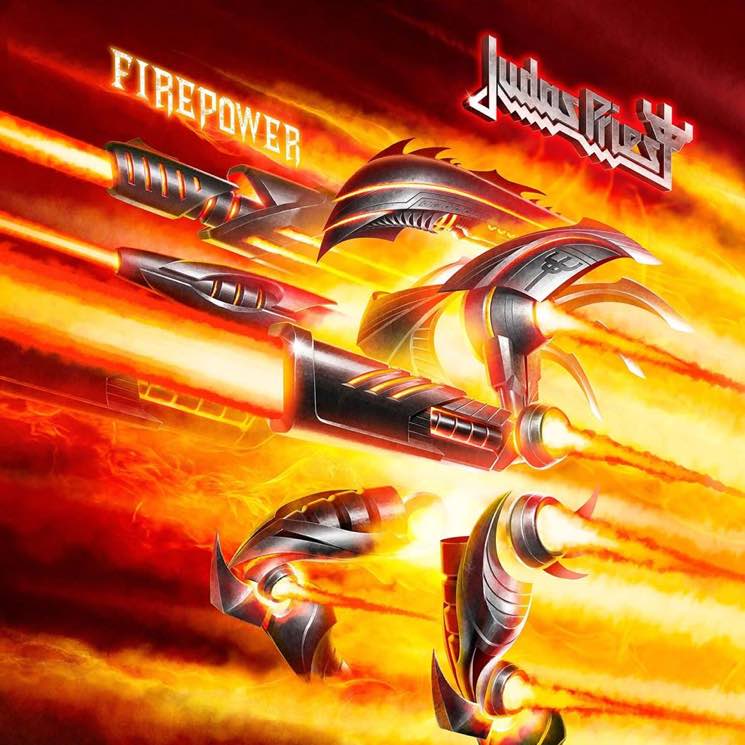 Judas Priest may not have made it into the Rock and Roll Hall Fame this year, but that isn’t stopping the British metal icons from charging ahead. The long-running band have just announced a new album titled Firepower, which is due out March 9 Columbia.

The 14-track album was produced by long-time collaborator Tom Allom and Andy Sneap. See the full tracklisting below.

“Tom Allom has got this classic metal thing,” frontman Rob Halford said in a statement. “And Andy is a bit more  a ‘modern metal producer’ but his thinking is a little bit different to Tom’s. And I think to get this balance between that classic old school metal to what Andy’s world is was just a remarkable coalescence.”

The lead single from the upcoming album is titled “Lightning Strike,” and it premiered earlier today. Scroll past the Firepower tracklisting to watch the accompanying music video in the player below.

You can also head over here to see the band’s upcoming North American tour dates.