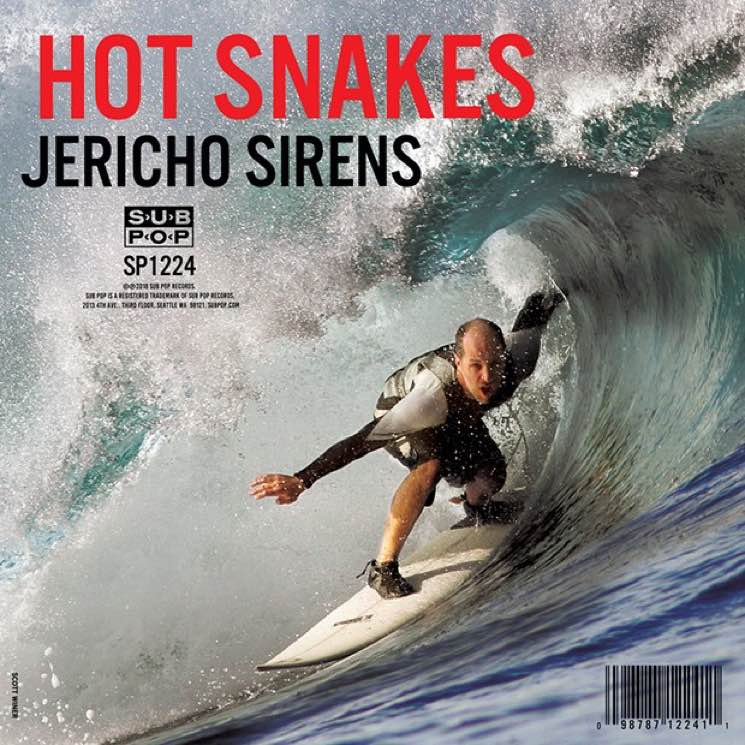 California post-hardcore unit Hot Snakes signed with Sub Pop last year, promising the band’s first new album in 14 years — and now, details for that record have finally been revealed. Titled Jericho Sirens, the LP is due out on March 16.

The album was recorded over the last year, primarily in San Diego and Philadelphia. It brought back together longtime members Rick Froberg, John Reis and Gar Wood — with both the band’s previous drummers, Jason Kourkounis and Mario Rubalcaba, also contributing to the recording.

The artwork for Jericho Sirens is pictured above, while the 10-song tracklisting can be found below.

Ahead the full album’s arrival, Hot Snakes have previewed the new material with album cut “Six Wave Hold-Down.” Listen to that in the player at the bottom the page.