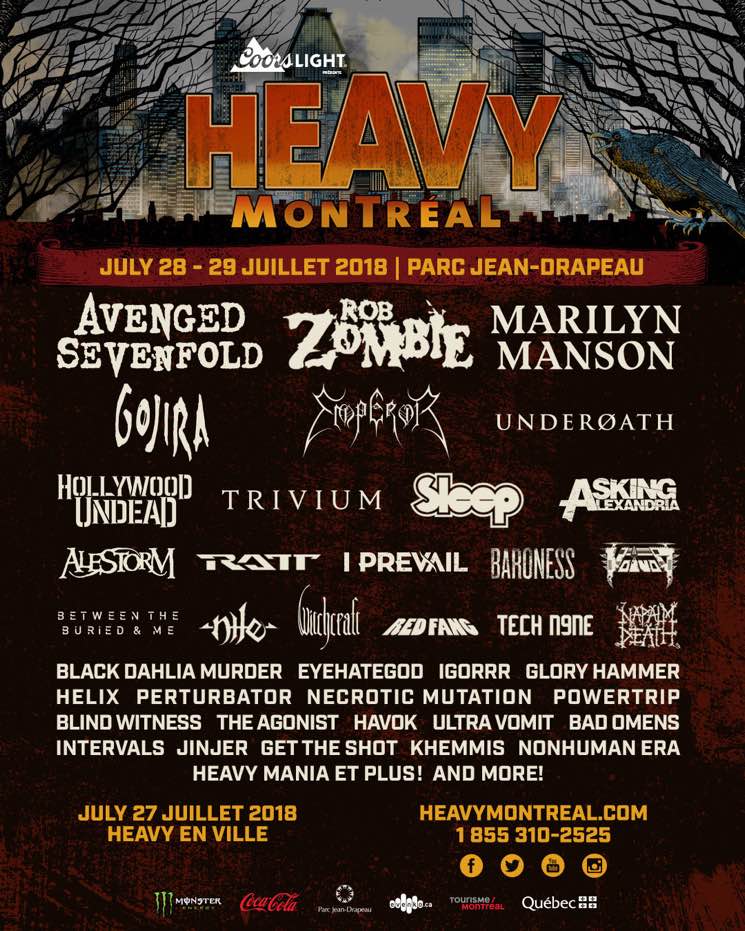 After a one-year hiatus, Heavy Montreal will return to the festival’s titular city this summer as promised, and the list hard-rocking performers has just been announced.

The festival will take place over the course July 28 and 29 at Parc Jean-Drapeau in Montreal. On July 27, there will also be the Heavy in the City event.

Tickets for the festival go on sale this Saturday (February 24) at noon local time.