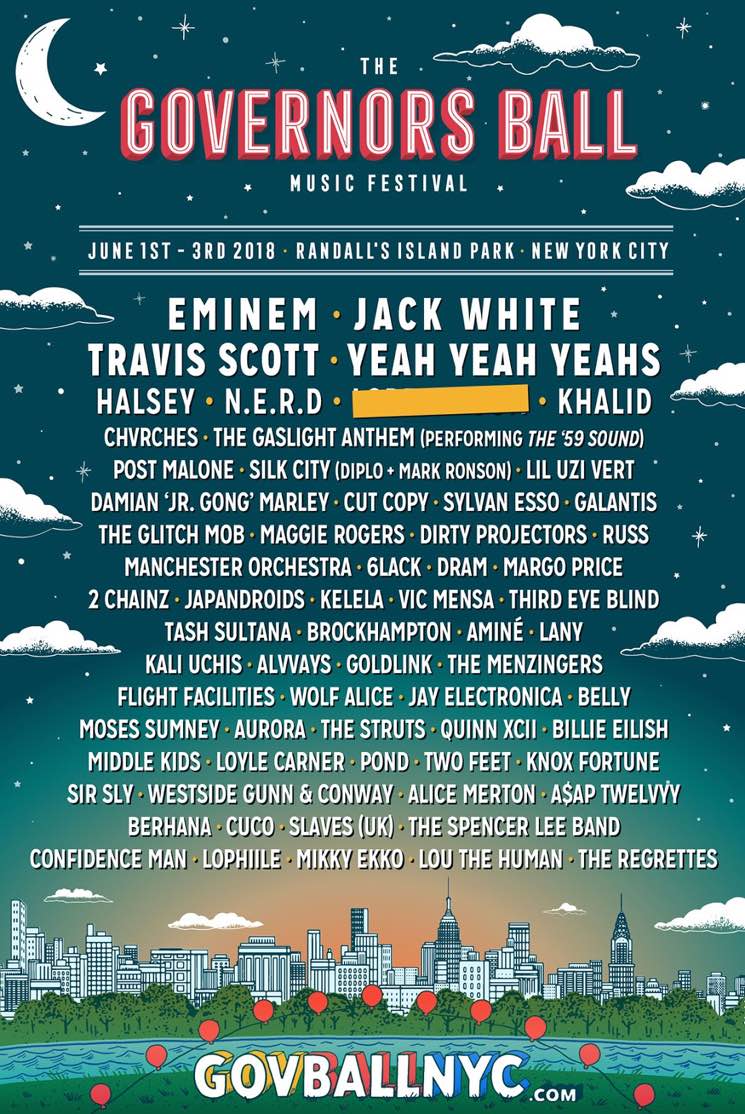 Eminem, Jack White, Travis Scott and Yeah Yeah Yeahs received top billing in the announcement, though plenty others will round out the lineup.