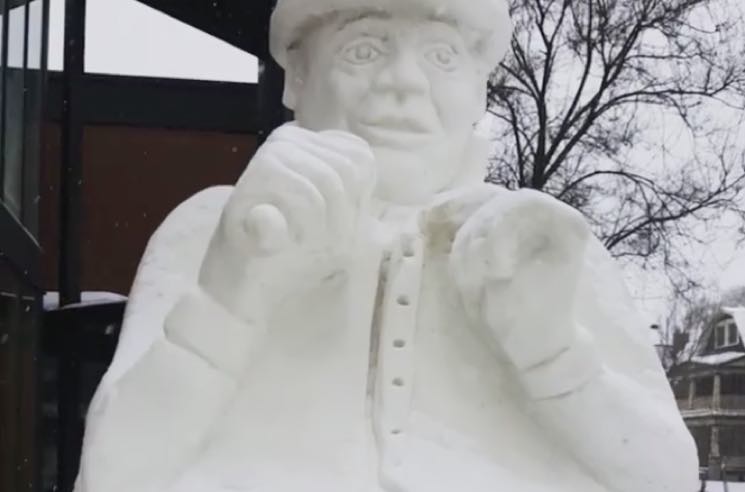 The late Gord Downie received a massive outpouring love from Canadian fans, fellow musicians, media and even the Ontario government last year, but the winter months have brought about a frosty new form commemoration.

An Ottawa snow sculptor named Brian Clemence recently began work on a massive tribute to Downie, but passed away last week from a heart attack before the sculpture was complete.

His son, Frederic Clemence, enlisted his own sister Marissa and stepbrother Emile Maheu to finish their father’s work, working f sketches that were left behind.

“I wanted to bring peace to my father and Gord Downie, because both them are great men, and both them have given so much to me,” Clemence told the Canadian Press. “It was a really great way to find peace for me and my sister in the last moments.”

See some photo evidence the Clemences’ work below.