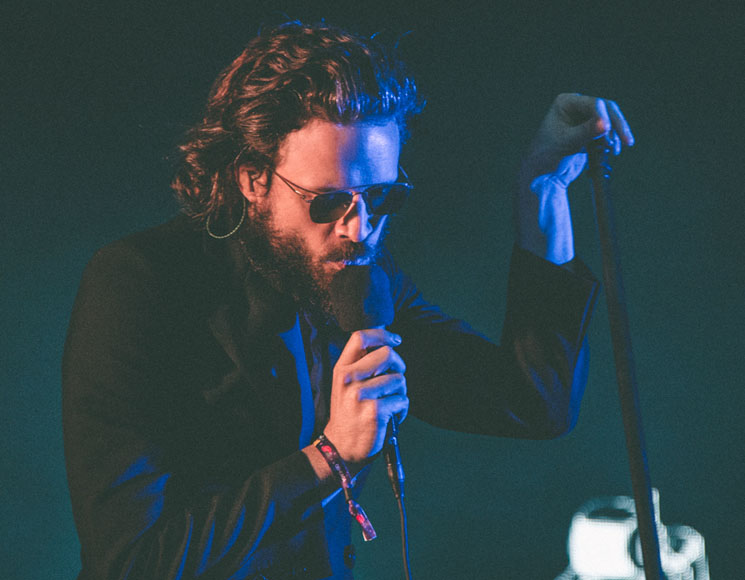 Father John Misty sort won a Grammy this past weekend (he tied with Magín Díaz) for Best Recording Package, and he finally acknowledged the honour bestowed upon the deluxe version Pure Comedy last night (January 30).

The artist (born Joshua Tillman) is currently on tour in Australia, and while onstage in Sydney, he delivered a belated acceptance speech for the golden gramophone.

Tillman went on to ramble about the government being a “criminal organization” and jokingly directed fans to check out FlatEarth.com.

Watch fan-shot footage his speech below.