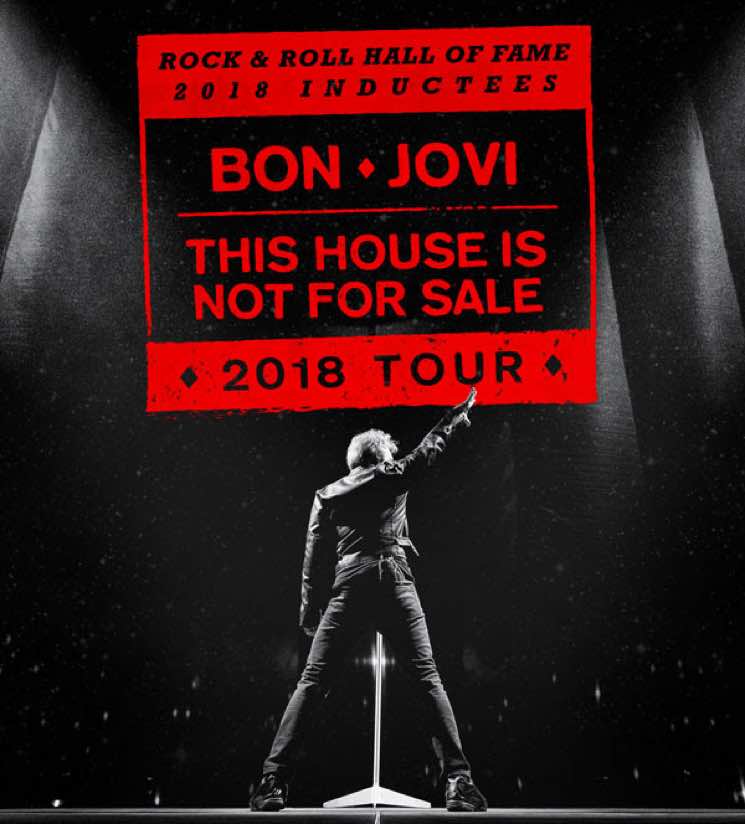 Bon Jovi have revealed plans to once again take their massive arena rock show on the road. Jon Bon Jovi and the band will bring the “This House Is Not for Sale 2018 Tour” across North American later this year.

The soon-to-be Rock and Roll Hall Fame inductees will kick f the run shows in Denver on March 14, eventually heading north the border for Canadian stops in Montreal on April 4, Ottawa on May 7 and Toronto on May 12. The whole thing wraps up on May 14 in Washington, DC.

The tour coincides with a re-release the band’s 2016 album This House Is Not for Sale, featuring two new tracks.

Tickets for the upcoming dates go on sale to the general public on January 19 at 10 a.m. local time (except for tickets to the St. Paul show, which will go on sale February 15).

See the full tour itinerary below.