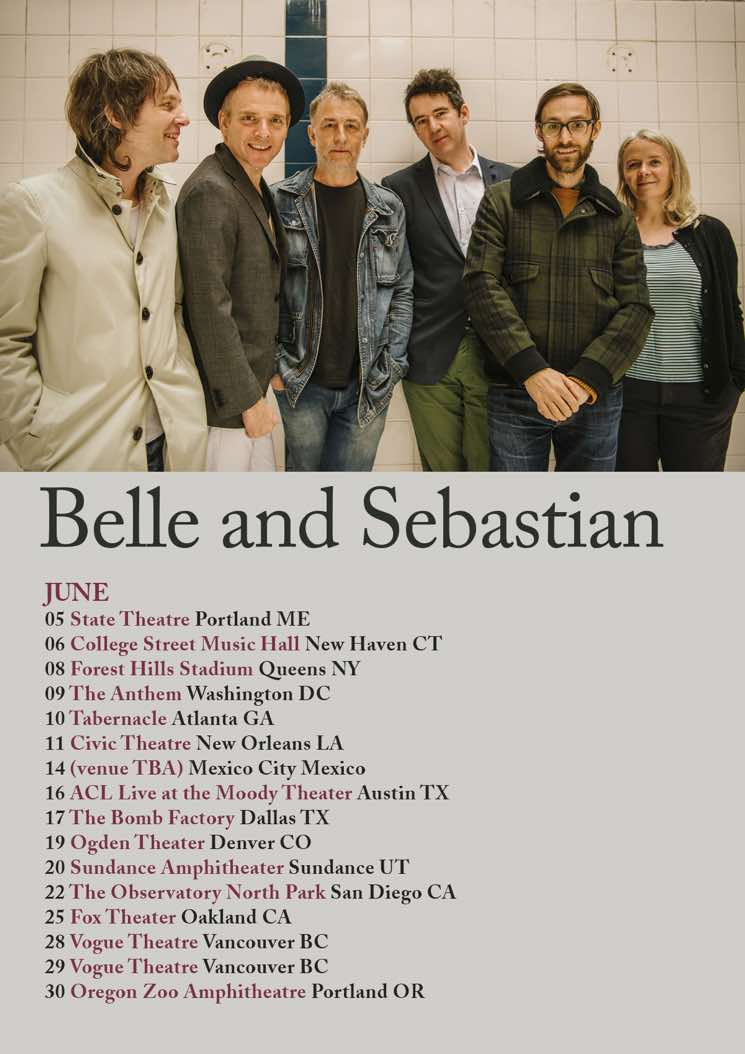 Belle and Sebastian are two-thirds the way through releasing their How to Solve Our Human Problems EP trilogy, and the Scottish band have just revealed plans to take their latest tunes on the road.

They’ll embark on a North American tour later this year, following European and Australian jaunts throughout the spring.

The U.S. leg the tour starts in Portland, ME, on June 5, and will wind its way north into Canada for a pair Vancouver shows on June 28 and 29. The full run concerts wraps up in Portland, OR, on June 30.

Both Canadian dates will see Belle and Sebastian supported by Japanese Breakfast, though Snail Mail, Perfume Genius, Frankie Cosmos and Men I Trust will also fill the opening slot for other dates in the coming months.

The third and final instalment How to Solve Our Human Problems arrives on February 16 Matador.