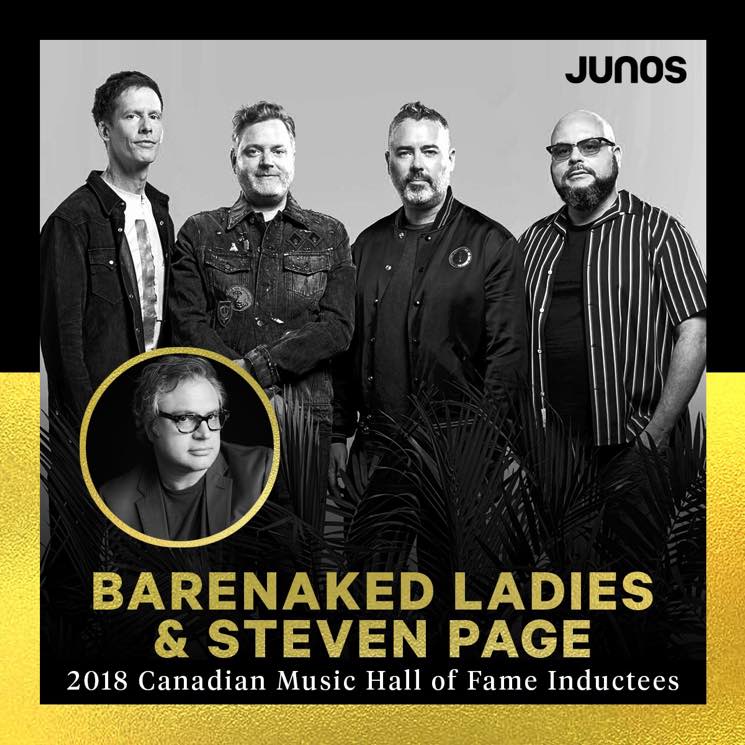 It’s been nearly a decade since Canadian pop-rockers Barenaked Ladies split with founding member Steven Page back in 2009, but he’s set to appear with the band onstage once again.

The band will be inducted into the Canadian Music Hall Fame during the Juno Awards, and Page has confirmed that he will join his former bandmates to receive the honour.

Hopeful fans shouldn’t expect any full-scale reunion to follow, though. The band will accept the award alongside Page, but there are no plans — at least as yet — for Page to join them for a musical performance. It’s being billed simply as a “one-time special appearance.”

“I hope it’s fun,” Page told the Canadian Press. “I honestly haven’t been in the same room as the other guys — all the other guys at once — since I left the band. It’ll be good to see them all, but it’s going to be odd. It’s not like we’re getting back together.”

Co-founder and current frontman Ed Robertson said, “It’s a delicate thing to address. At the end the day we’re all just looking forward to celebrating this achievement together. We’re going to figure out how to do that in a way that’s fun for everybody and makes sense.”

Page left the band in 2009 to pursue solo projects, following an arrest for drug possession.

Barenaked Ladies have gone on to release four studio album since Page’s departure; their latest, Fake Nudes, arrived in 2017.

The induction will be broadcast as part the Junos, which are set to take place in Vancouver on March 25.