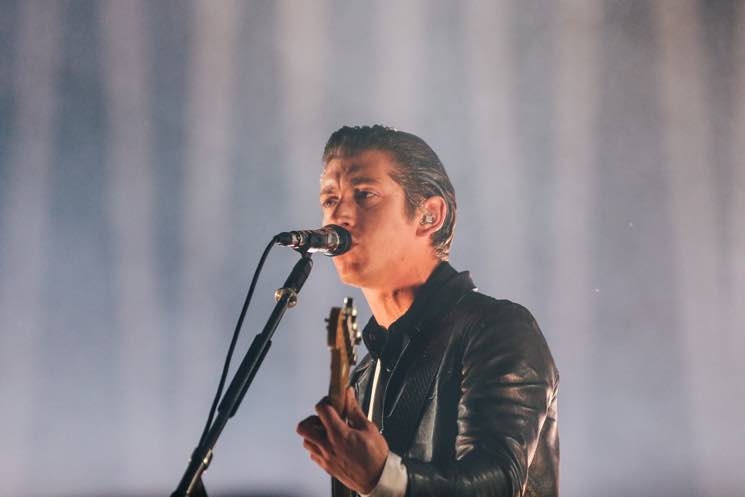 Arctic Monkeys will release their first album in five years when Tranquility Base Hotel & Casino lands next month, and apparently the record’s opening line gives a shout-out to the Strokes.

As Pitchfork reports, the first album track “Star Treatment” begins with Arctic Monkeys frontman Alex Turner singing: “I just wanted to be one the Strokes, now look at the mess you made me make / Hitchhiking with a monogrammed suitcase, miles away from any half-useful imaginary highway.”

Turner previously revealed his love for the Strokes, speaking to NME about his appreciation for Is This It.

“I remember consciously trying not to sound like the Strokes, deliberately taking bits out songs that sounded too much like them,” he admitted back in 2011. “But I still loved that album.”

He even covered Is This It tune “Take It or Leave It” with Arctic Monkeys on French TV — which, in his words, “was terrible, but I enjoyed it anyway.”

Fans may still have to wait until the release Tranquility Base Hotel & Casino on May 11 Domino to hear the Strokes reference on “Star Treatment” — at which point some early aughts indie rock fans will very much appreciate the nod, while others will just feel really old when they realize its been 15 years since the Strokes put out a good album.

As previously reported, Arctic Monkeys have a North American tour coming up as well, and you can see all the dates here.