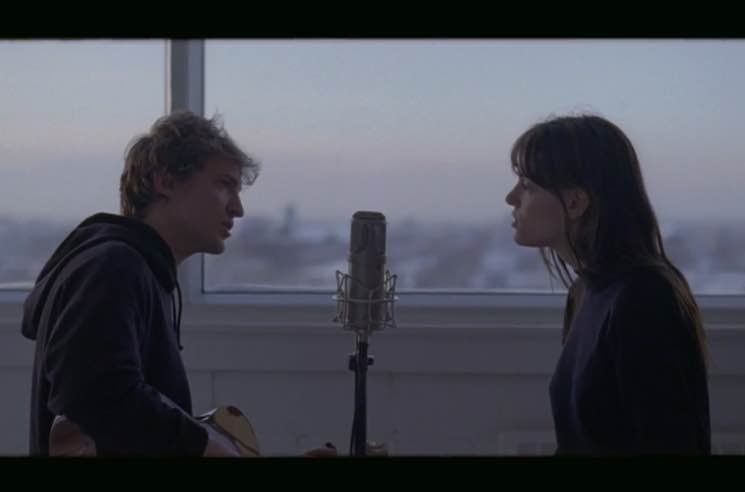 Indie-folk singer-songwriter Aliocha opened for Montreal chanteuse Charlotte Cardin on a recent tour, and now the pair have turned their partnership into a creative collaboration.

They’ve teamed up for a song titled “Flash in the Pan,” and it’s just been treated to an accompanying music video.

“The collaboration with Charlotte for the video all came together super naturally,” Aliocha tells Exclaim! “We used to sing this song in Charlotte’s set when we were touring together. We were hanging out and Charlotte told me she had some 35mm film left from her previous music video and we thought that would be a fun way to use it!”

To capture the song on film, the pair roped in Krist Brandl, who shot the video at CULT Nation Studios in Montreal. Simple and sweet, the clip captures Aliocha and Cardin sharing a mic as they sing face-to-face, against a backdrop Montreal at dusk.

You can find Aliocha’s upcoming tour dates here. Below, watch the video for “Flash in the Pan.”